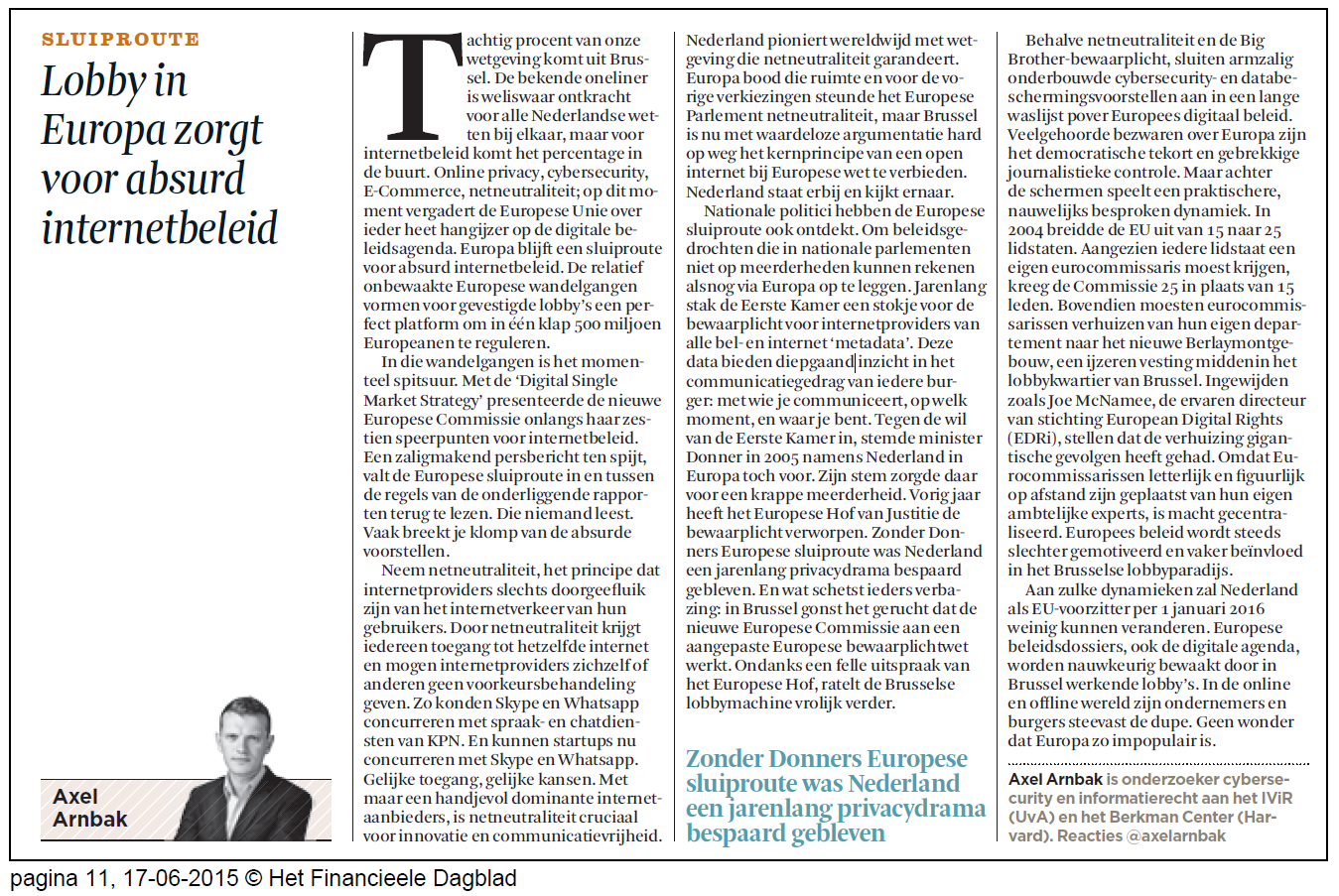 After a 5-year long campaign by European and U.S. digital rights NGOs, today the European Parliament turned a dubious Commission proposal on its head to safeguard the principle of net neutrality. It’s a historic win, and all over the news. It also shows how digital rights advocacy is maturing. END_OF_DOCUMENT_TOKEN_TO_BE_REPLACED

If there’s one thing U.S. researchers know about the state of the web in The Netherlands, it’s that those Lower Countries got their act together when net neutrality became law in 2012. Hell, even the New York Times ran a story, as it was the first net neutrality law in Europe, the second in the world after Chile. These days, net neutrality is the talk of the town both in the U.S. and the E.U., but it seems further away than ever: the U.S. Senate has scheduled a hearing about the Comcast/Time Warner Cable merger, creating a telco giant with huge power of internet access provision. And at the E.U. level, the issue is up for vote in the Pariament – and it doesn’t look too good. The key provisions from the Dutch internet freedom legislative package may provide some inspiration in times of desperation. They cover net neutrality, a prohibition on commercial wiretapping (DPI), and one on three strikes copyright enforcement. END_OF_DOCUMENT_TOKEN_TO_BE_REPLACED